The 3D Lab computer has finally released its magic smoke and is no more. I am working to get it replaced as soon as possible (hopefully in the next day or so) but in the mean time you can slice your files at home or use one of the CAD computers in the lab with the normal 3D Lab account. 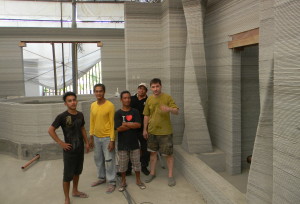 You may have seen Andrey Rudenko last winter at the Hack Factory, tirelessly working away on his second concrete 3D printer. Finally when it was completed in the spring with most of the features worked out, he had the opportunity to travel and team up with entrepreneur in Philippines to actually 3D print a large concrete villa. Andrey flew over with a suitcase full of tools and some essential electronics to drive the printer, but the rest things like motors, metal, sand, 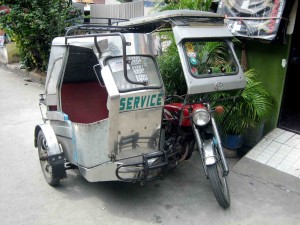 wiring, etc had to all be sourced locally and that wasn’t the hard part. Getting it back to the job site was a challenge because there are basically only two modes of transportation on the island.

They also had to build a giant tent to house the printer during the printing because it rains all the time.

Fellow TC Makers helped out with laser cutting at the Hack Factory and putting together Audrey’s extruder controller, which uses the Digit Shield from nootropic design.

In the end it printed and wow it looks great! Further readings here and here. 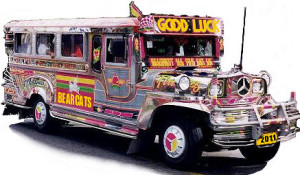 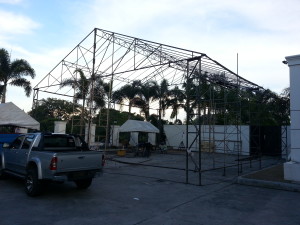 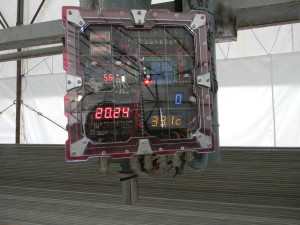 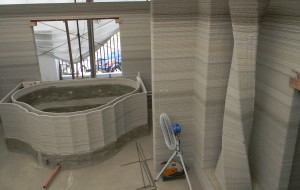 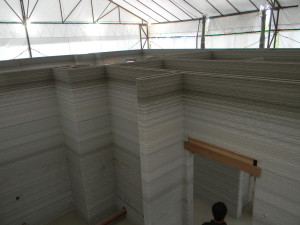