David Bryan, Riley Harrison, Cali Mansty, and Aaron Prust are presenting multiple projects for Northern Spark 2013 on June 8th in Downtown Saint Paul! Northern Spark is an overnight interactive festival starting at 8:58pm and ending at sunrise!  We are inviting everyone to come and hang out, and enjoy the festival!  The Hack Factory will have three spaces setup for people to come and interact with the Art.

We are also in the process of fundraising for this project, currently we need about $3,800 to help cover the costs of materials, and $4,200 total to cover rewards. We receive all funds that are pledged.

So lets talk about one of the projects, Strange Attractors.  You may remember me from such things as the Raspberry Pi powered cat feeder.  While I’m at it again, and making stuff with the Raspberry Pi.  I was asked create a few blog posts for MCM that talked about the Raspberry Pi Camera module that I’m going to use in my next project.

I am creating an art piece, Strange Attractors, for the Northern Spark Art Festival on June 8th.  This art piece was inspired by Alex Weber who had designed individual modules of fireflies, which could be hooked up in sequence, and programed to mimic fireflies, and respond to light.  I wanted to expand on his concept, and make a whole wall of fireflies, but do not have the resources or time to make 350-500 individual modules.  I’m also on a budget, and 350+ modules would not be cost effective for for this project.

So this is where we turn to the Raspberry Pi + Addressable LEDs + Camera = WIN!

My first concept was going to involve 24 photo resistors, and a host of analog inputs using the MCP3008 chips.  It’s a great idea, but I might run into some technical issues as I only have a limited number of GPIO lines to drive my LEDs, and analog inputs.  Additionally, that means that I would need to run and address 24 inputs in my code, and wire all that stuff up.  Not hard, but I’m looking for a way to reduce my build time. I may still have this as a backup plan, but I wanted to see if we could use the camera module to get this working. 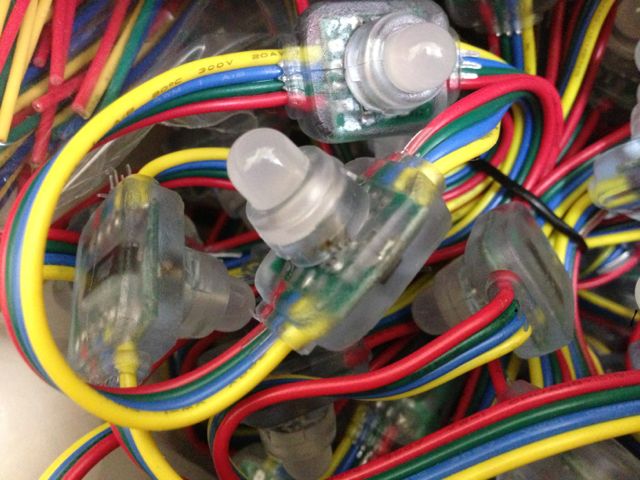 After I was awarded the Utility prize in the Make/MCM Raspberry Pi design contest, I figured I’d check to see if they had any camera modules in-stock that I could pre-order so that I could start on this project, as my build is starting next week.  Unfortunately, they didn’t (not that I would expect special treatment, but you never know), however they said that they had one in their lab, and would be willing to send it my way if I could give them status updates on this project.  Of course I can!  A few hours of writing to save a few days of my time is a no-brainer!  So Here it is, the first blog post in what I will assume to be a series of updates about this project. 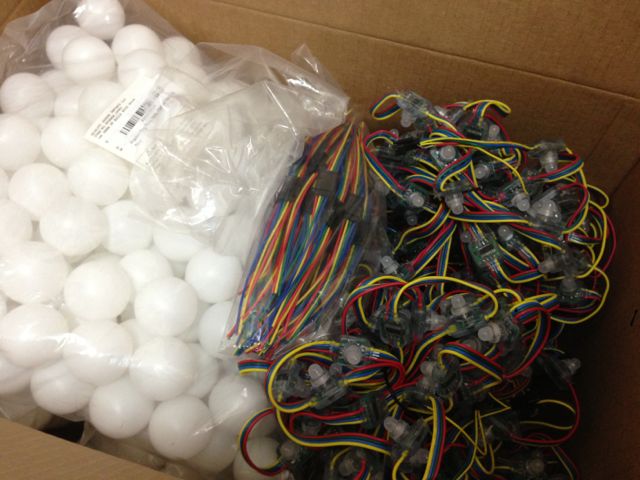 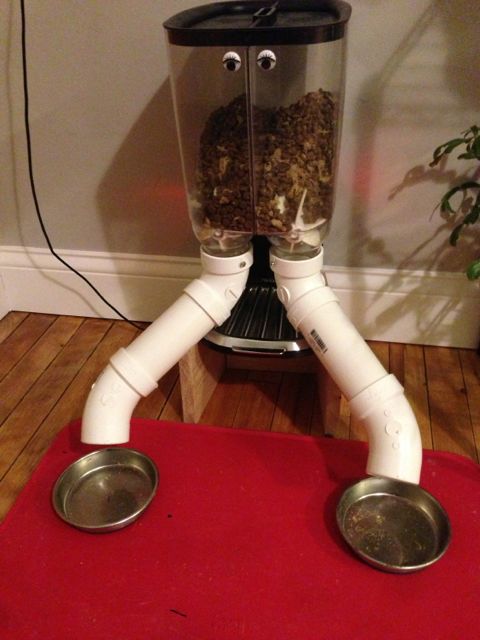