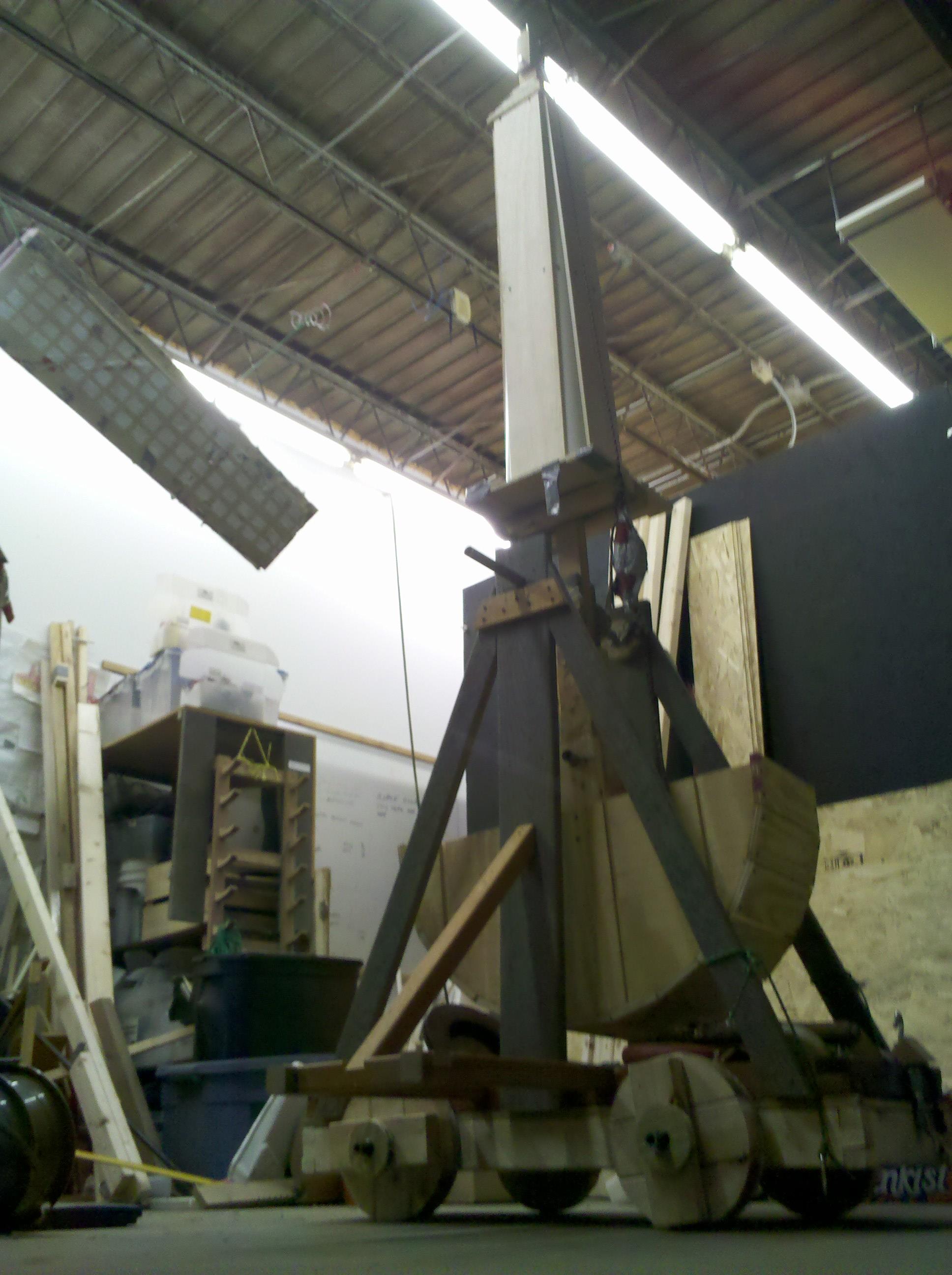 Last year, I made a Trebuchet shaped like the Foshay Tower as part of our series of Twin Cities themed siege engines. When I built it, I didn’t really know much about trebuchets, woodworking, or making physical objects in general. After having made a few more trebuchets, and some other objects of various kinds, I decided it was time to rebuild the FoshayBuchet. It’s not complete, as all the decoration on the Foshay Tower shaped throwing arm has yet to be done, but the mechanical bits are all in order.

I first rebuilt the shroud for the throwing arm, making it more a more accurate representation of the Foshay Tower, as far as ratio and proportion. The old shroud can be seen hanging from the ceiling.
The original used 2 5 gallon buckets for counterweight. I replaced those with a wooden counterweight bucket which should hold quite a bit of mass.
I added a wooden carriage with wooden wheels to the base, so that the engine can be rolled into place, rather than dragged. The carriage also improves the efficiency of the engine, by allowing it to move back and forth a bit while shooting. This allows the counterweight to fall closer to vertical, resulting in a more efficient “Hurl”.
I brought the FoshayBuchet outside briefly for some test shots. With about 150 pounds of counterweight, and what was supposed to be a 1.5 pound sand filled fabric ball, I got a new distance record for this engine of 37 yards.
I’m hoping this distance will grow as I continue to improve the machine, add counterweight, and fine tune all the details.
I’m hoping to be hurling outside the Hack Factory on Saturdays if there’s light and it’s not too nasty.