Lots going on at the Hack Factory on a Sunday!
Click through for a roundup, and here’s a taste: 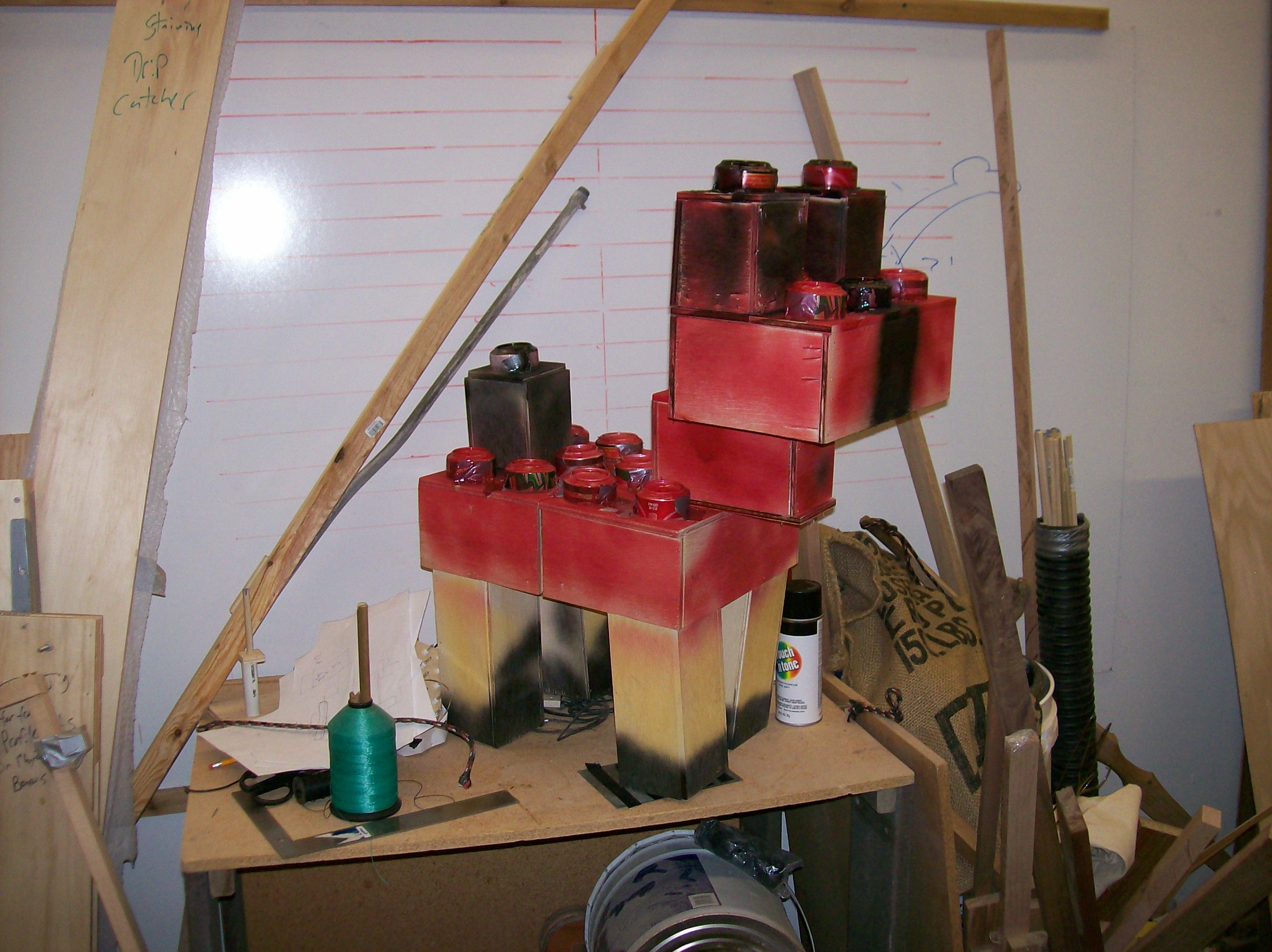 I spent some time working on a non-electronic christmas light display. I’m hoping to get it working with only mechanical and electrical parts, no microprocessors or LEDs or nothing. The lights lit, but my contacts need a new approach before it’ll work right. 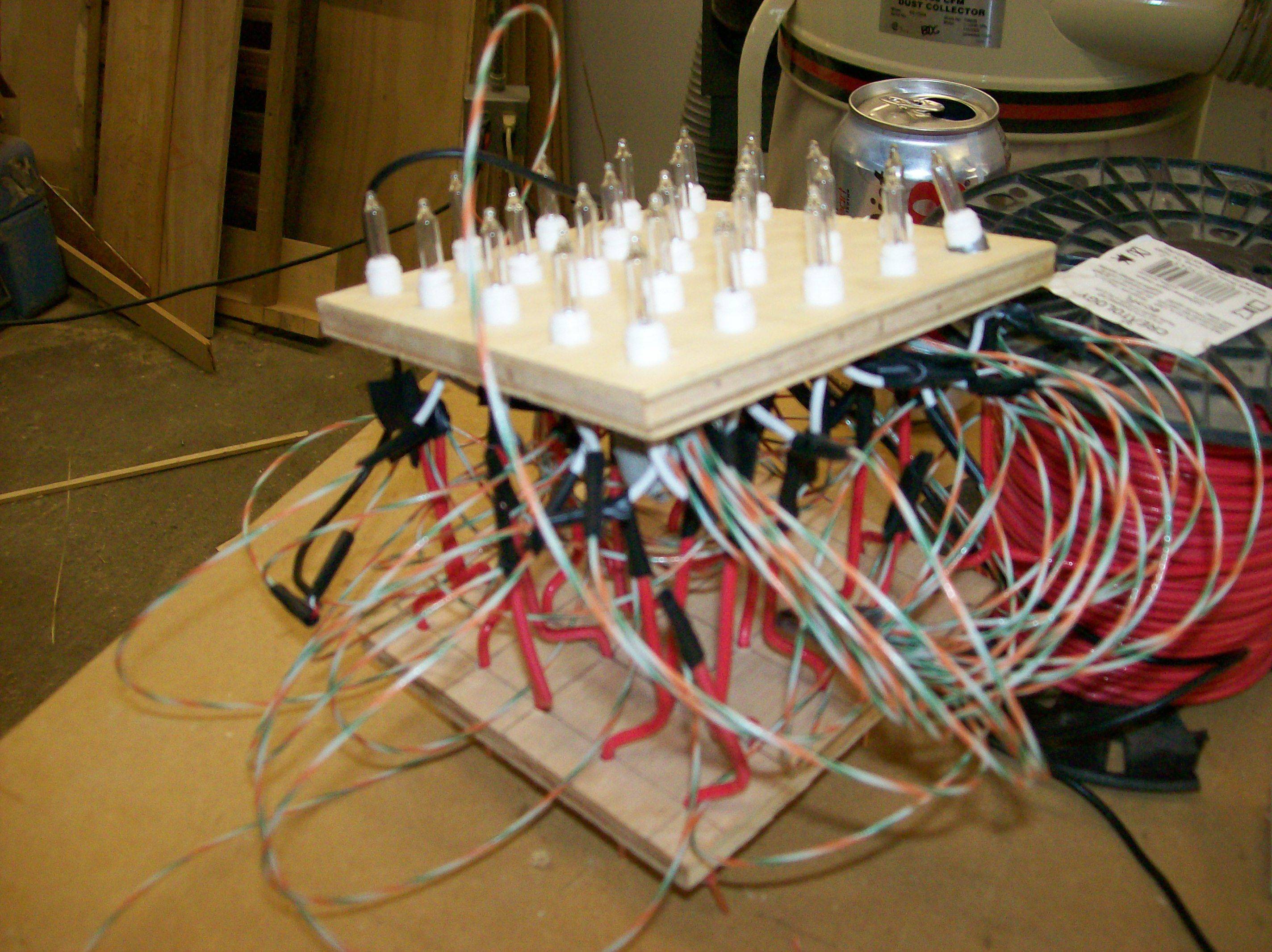 One member rescued a Hello Kitty lamp that was languishing. I was captivated by how it looked after she started working on it. Very eye catching steampunk goodness. 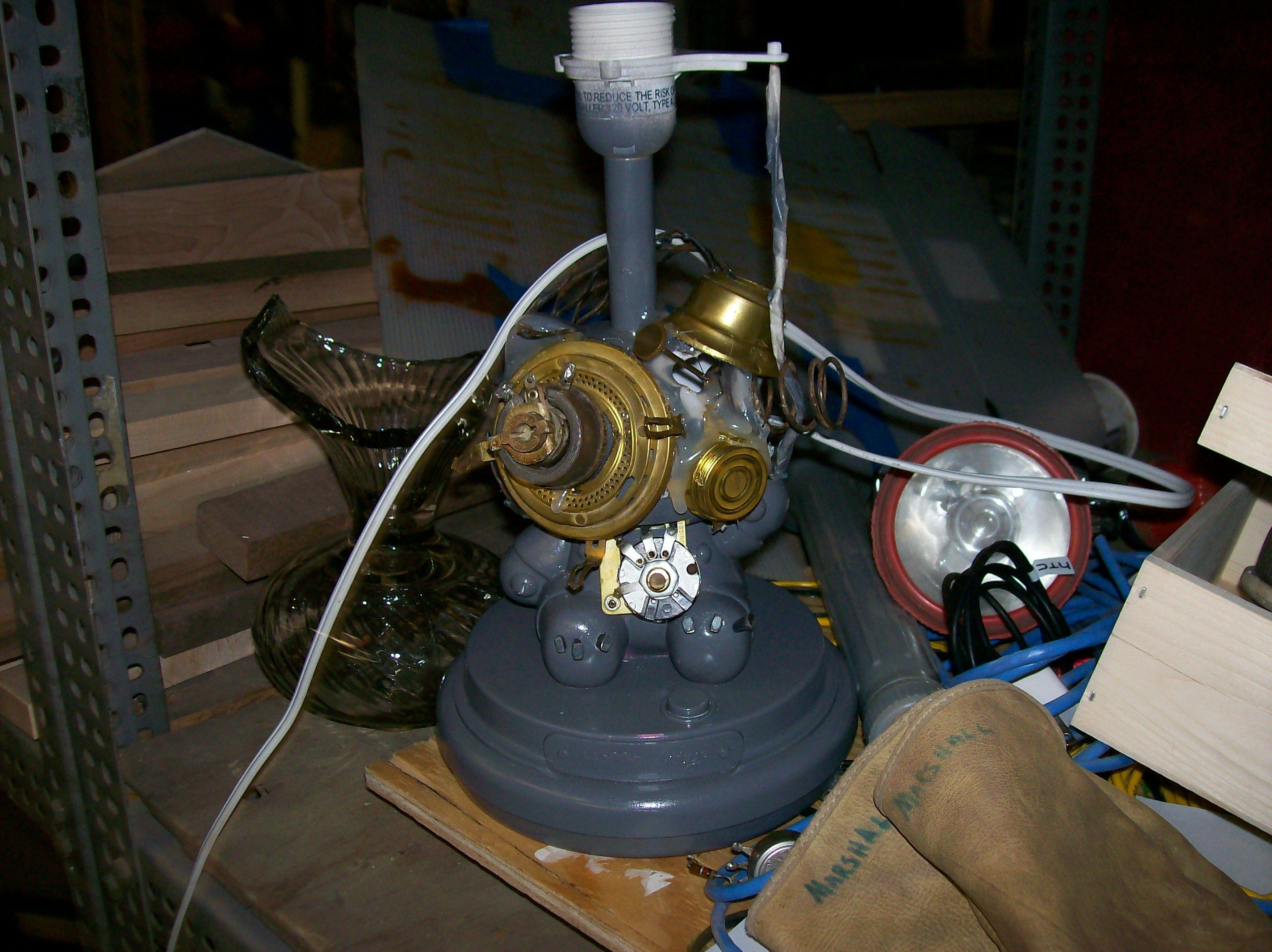 Another was working on some stained glass pieces. He’s only at the beginning of this project, but it already looks sweet. 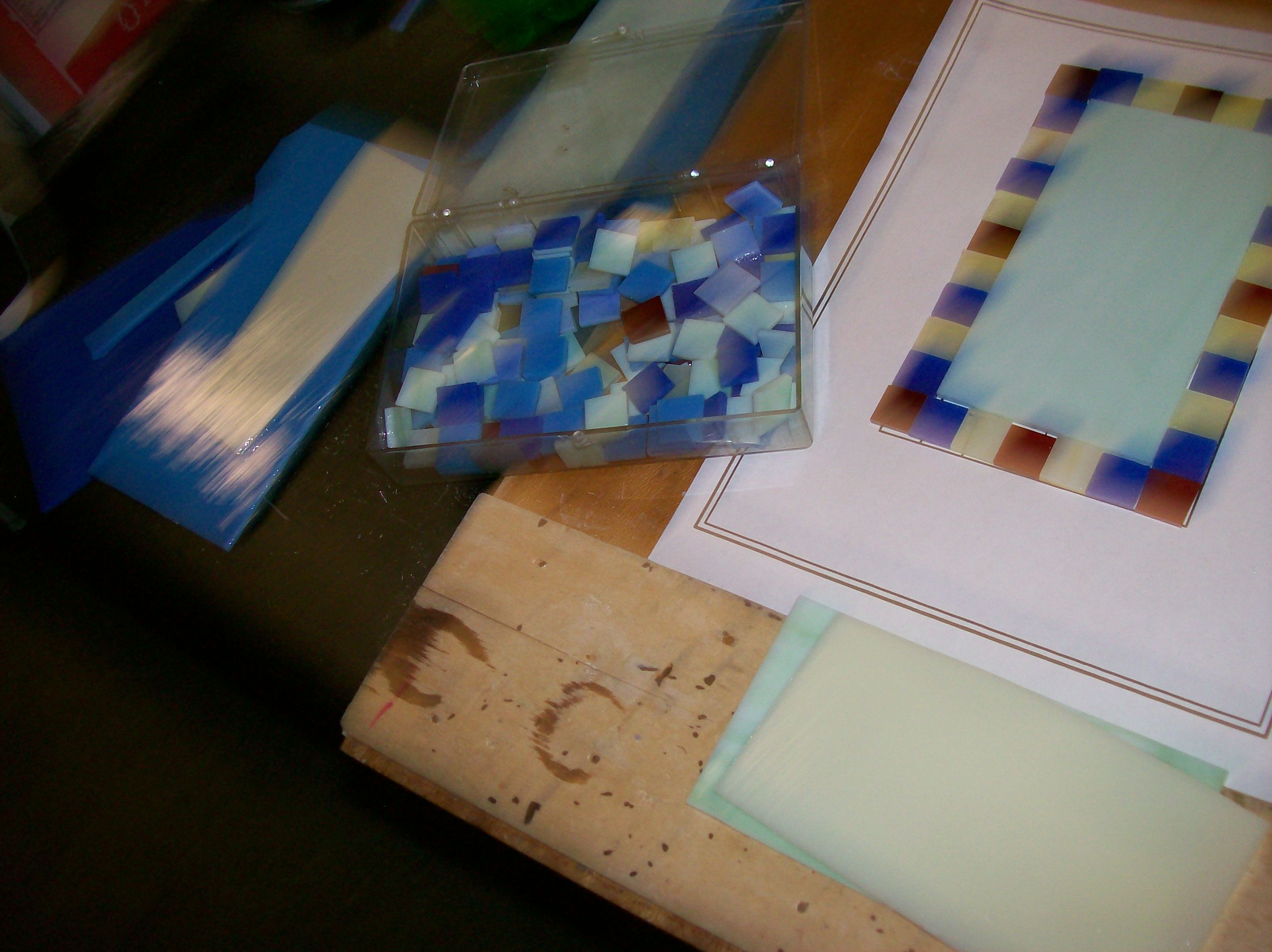 Sparkfun came by, and showed me a lampshade he was going to be repairing. He said when he made it, it was a quick project, but I was impressed, and want one myself. (hint hint) 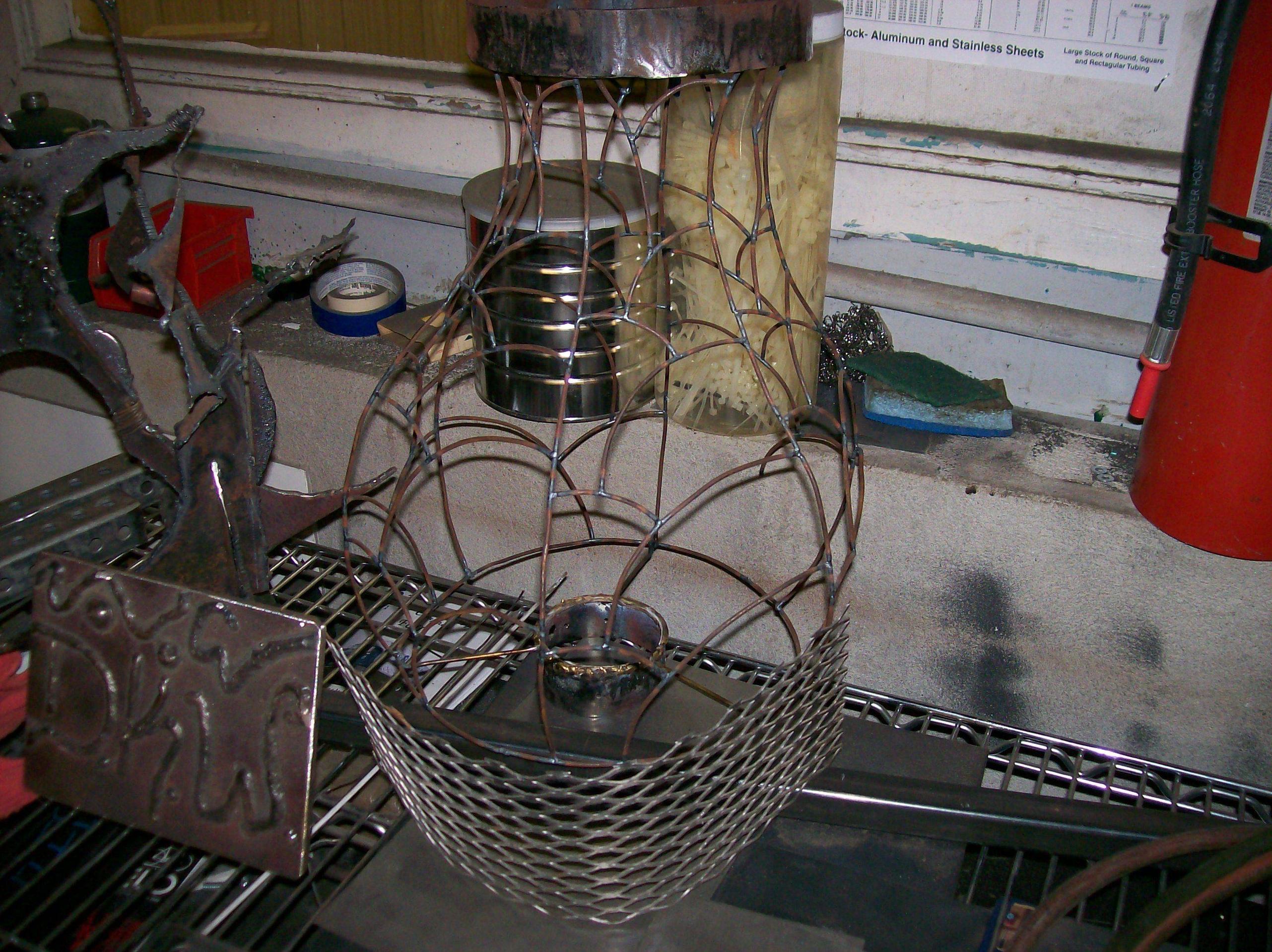 For the first time ever, I started and finished a project in one day. Usually, the things I work on have an inherent crudeness that reflects my skill level. For once, it was instead a deliberate design feature. You’ll be seeing another picture of this once it’s situated in it’s real home:

There was a lot of other stuff going on, and quite a few people in and out of the space. Videoman came in and did a makeup welding class for those who missed in on Saturday. There was a wee bit of a bonfire where absolutely no mdf was burned at any time.

All in all, a fun and entertaining day. If you haven’t come to the HackFactory, you should.