I’ve had a wizard to do Dovetail joints for awhile and never had a reason to use it until now. We need some drawers built for an odd sized cupboard, and as you may know the HF recently received a pallet or two of drawer sides as a donation. So it seemed like a good time to check out the wizard and try and make some drawers.

Here’s a shot of the setup, 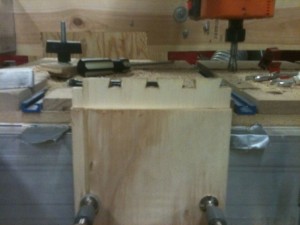 It’s kind of a pain as you need to operate on the edge of the board. I built my latest table in two pieces so I could do dovetails and put the 4th access I hope to build under that part of the frame. 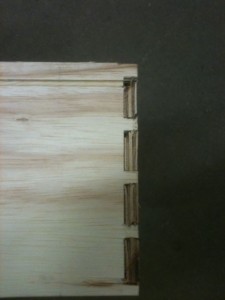 and a finished drawer. 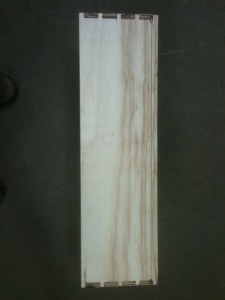 In the end I decided that the effort involved isn’t worth it with the minimal ply drawer sides we have, it chips out too much, and is better suited to box joints. My next quest is the all flat on the table cutting of fuax half blind dovetails. There seems to be both the easy expensive, and harder cheaper approaches to this, I’ll post an update when I make something work, have to build some old fashion dado cut box joint drawers first though.