ANNOUNCEMENT FROM TC MAKER BOARD OF GOVERNORS 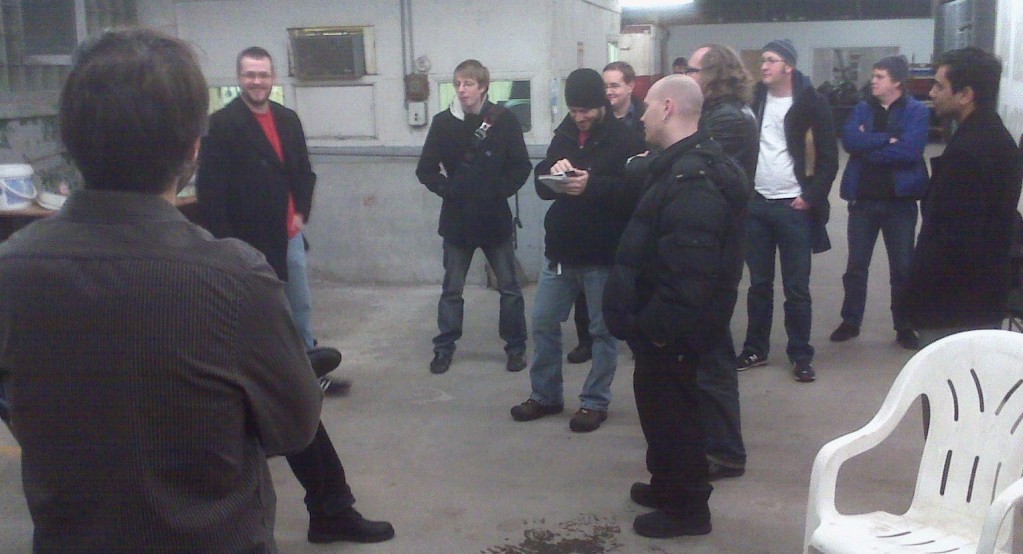 The TC Maker Board of Governors wishes to thank all of you who, since our inception, have shown your support and encouragement in establishing a hacker/maker space in our area. We especially thank Hack Factory of Minnesota for taking the important step of going forward with an initial lease on a workshop space and merging with TC Maker as a unified group.

As you know, we signed a month-to-month lease on December 15, 2009 for part of a space, hoping to expand into the full space over time. On December 31 we found ourselves in a tough position, forced to decide on leasing the entire space on short notice. We were given a deadline of Thursday, January 7 to choose: a one year lease on all of it, or lose it all.

With quick resolve, we worked to assess our membership needs and create a plan. We moved our regular monthly member meeting ahead one week and set an aggressive membership goal. We put out pleas for support to the community via many channels and crossed our fingers for a strong response.

Yesterday, January 6, 2010, on the one year anniversary of Twin Cities Maker’s inception as a website, we held our monthly member meeting. We were astounded by the showing of new faces and expressed support. At the meeting and electronically, many new and returning members paid their dues.

In response to the outcome from this member drive and the excitement at the meeting, we are very, very, happy to announce that Twin Cities Maker has signed a lease for this year at 3119 E. 26th Street in Minneapolis – The Hack Factory!

We did not receive the full level of dues commitments we set as our goal for January 7, however we did achieve enough to cover minimum expenses. We are confident that with continued membership growth and other income channels, we have a viable plan for Twin Cities Maker to continue and grow healthily.

Respectfully Yours,
Twin Cities Maker Board of Governors and The Hack Factory